Retail and EDI Predictions for 2020.

“Flight of the Shoppers!”

Many predictions about what’s next for retail and EDI in 2020 will have plenty of doom. And gloom. 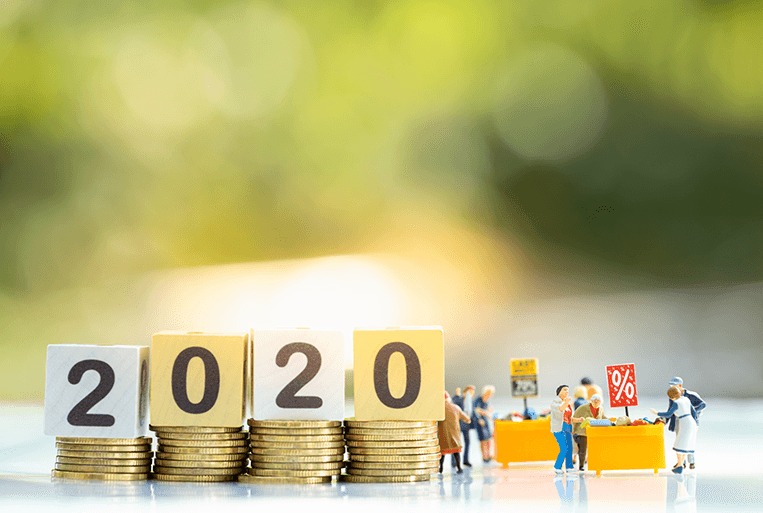 Remember the end of 2018?  There was no shortage of dire predictions about the imminent demise of retail and established data formats like EDI. As we look towards 2020, it’s no surprise that many futurists are just hitting Repeat.

But look closer and it’s obvious that while 2019 may have been rocky for some parts of retail, it was hardly the meltdown that many expected. Yes, some venerable stores downsized or disappeared entirely. But look beyond the doomsday headlines and a different picture, from brick-and-mortar to online, is revealed.

Best Buy, for instance, bucked the naysayers, and has turned in a very good series of quarters. So has that other Minnesota-based retail giant, Target. Maybe those cold winters help keep the thinking—not to mention the merchandise—fresh.

But it’s not only major retailers based in northern climates that are doing well. Atlanta-based Home Depot, Walmart, TJ Maxx, Costco—all quite different retail models—but each enjoyed successful years and seem well-positioned for success in 2020.

Of course, not all the news from 2019 was sweet. In fact, depending on where your products are sold, you may have described it as rotten. The Toys “R” Us bankruptcy and wind down was a serious blow—not fun and games. Regional retailers like H.H. Gregg folded their tents—or, more accurately, their foam drop ceilings—while Sears, Payless, Gymboree, and Charlotte Russe all declared bankruptcy. Store closings were announced by Party City, Barneys, and Walgreens. Many mall operators struggled mightily, especially those that were neither upscale nor discount—the middle ground was especially challenging. At any point during the year, it was fair to say that being successful at the retail level was about as easy and straightforward as wrestling an alligator with hands coated in movie theater butter.

But let’s get back to those positives. After all, many stores ramped up their customer-centric focus or carved out unique space in the marketplace—and those companies are exceeding expectations. Maybe even their own, if we’re being 100% honest.

If necessity really is the mother of invention, all the doomsday scenarios have prompted many to rethink all parts of their operations and make the kinds of changes that an easier market would not have required. Within the wreckage, the best retail brands found opportunity and growth.

With the 2019 retail business and EDI in the rear-view mirror, let’s look at what we see in our crystal ball for 2020.

When it comes to retail and EDI predictions for 2020, we’re positive. Consumer spending has shown remarkable resilience, technology continues to create new demand, and the people still love to shop. Make your EDI transactions seamless, listen to consumer demand, embrace change—and you can enjoy a successful 2020.

Online reviews and your brand

Because these cookies are strictly necessary to deliver the website, refusing them will have impact how our site functions. You always can block or delete cookies by changing your browser settings and force blocking all cookies on this website. But this will always prompt you to accept/refuse cookies when revisiting our site.