Getting EDI and order processing in place. Before a business takes off 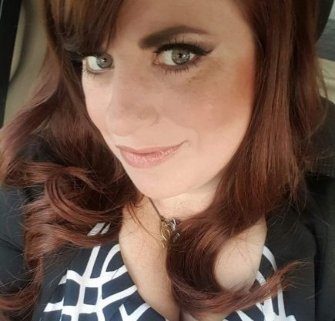 For Noreen Taylor, the journey to establishing her own company has mirrored the path of so many others — personal, non-linear, and suddenly successful.

A professional make-up artist, Noreen spent six years struggling with health issues. No matter what sort of remedy she tried, serious headaches, shakes, palpitations, and bouts of fatigue persisted. There were countless visits to doctors, tests, and medications, but nothing resolved her health issues. Eventually, Noreen had an MRI and after that revealed a brain in near-perfect condition, a physician asked about her workplace and posed a question.

“Could you be inhaling something toxic?”

Turning a Problem into a Business

A lightbulb went off. Noreen spent long days at fashion shows and on photo shoots applying makeup with an airbrush. Makeup, she learned, was rife with chemicals and toxins. She was basically working in tight, enclosed places, surrounded by fumes that were making her sick.

She started to investigate the products she was using as part of her craft, and soon learned that even makeup labeled organic was not necessarily chemical-free. Like many of us, she had always examined food labels closely to determine what kind of ingredients she was putting into her body. Why had she never considered the makeup that she was applying to the skin of others and using herself? Even more troubling, she realized that the ingredients in cosmetics were not usually available on the package. She had to track them down. The more she researched, the more she realized there was an issue that needed to be addressed. She educated herself.

She went into production. Sure, production was in the kitchen of her apartment, but she was making 100% organic, chemical-free makeup in the evenings, one batch at a time. At first, she was simply trying to salvage the career she had established as a top makeup artist. After all, if the very products she was using on the faces of models were making her sick, how could she continue to work in her chosen field?

It turned out that she wasn’t the only one who wanted organic, chemical-free makeup. The models themselves were thrilled that her products weren’t filled with ingredients like bismuth oxychloride, parabens, synthetic dyes or talc. (Hey, who wouldn’t be happy about that?) What’s more, the makeup that Noreen was producing — still in her kitchen — worked amazingly well. Models and photographers loved the way it looked and held up during a long shoot or a fashion show.

EDI and order processing needs are just around the corner.

Call it qualitative market research but the praise her makeup earned from top models convinced Noreen that her completely natural, organic line could succeed in the broader market. She found a company that could produce The Organic Face in the United States and moved into full-scale production. She also found financial backers and, after selling exclusively through ecommerce platforms, major brick-and-mortar retailers wanted to carry her products.

Today, Noreen is ramping up production and preparing to place her stores with new Trading Partners. But increasing output isn’t the only task she’s taking on. She wants to be sure her order processing and especially her EDI capabilities are in place. She knows that’s critical to maintaining her momentum, and she has worked too hard to risk her business success because she can’t handle orders according to the demanding requirements of major retailers. Rather than scrambling to manage a spike in sales, she is finding an EDI provider who can also help her manage business from other sales channels, including the major online platforms.

We’ll deliver EDI so Noreen can focus on growth.

Noreen reached out to eZCom because she wants to be able to offer a level of expertise that she could not develop at her own company. She also knows that she’ll receive a level of service from the customer support team that she would not get from many other providers. With eZCom prepared to handle her EDI and order processing needs, she can keep her focus on growing her business, sourcing great ingredients, and developing new products.

Like any great business story, this one will continue. And we’ll be with The Organic Face, helping Noreen grow her business by establishing and nurturing business relationships with major Trading Partners. They will be confident that her company can meet their standards for EDI.

Here at eZCom, we love to play a role in the success of entrepreneurial spirits like Noreen. We’re looking forward to helping her grow and we’ll keep updating this story right here.

Orders are up. Way up. What now?
Scroll to top

Because these cookies are strictly necessary to deliver the website, refuseing them will have impact how our site functions. You always can block or delete cookies by changing your browser settings and force blocking all cookies on this website. But this will always prompt you to accept/refuse cookies when revisiting our site.